Friends…Today I am going to highlight one of the important concept of Life, that will surely help you to restore happiness… There are many Sutras & concepts to lead happy life. 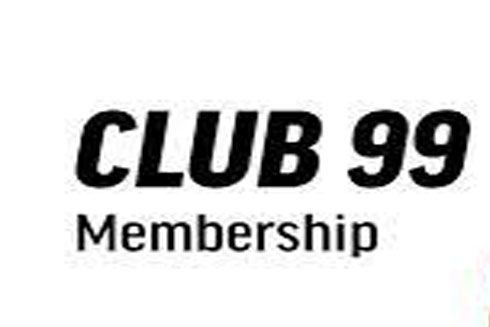 Giving feedback to your colleagues and employees provides them with an observer’s insight into how their performance is progressing, as well as advice to solve any problems. But, for a number of people, hearing the six words, “Can I give you some feedback?” generates fear and anxiety. The words go through a translator in our brain and are heard as, “Can I completely tear you down?” It can be perceived that the person giving the feedback is somehow superior to the person receiving it, putting the receiver on the defense.

While giving and receiving feedback can be a delicate process, there’s no doubting its value in helping to identify issues and solve them. Business owners should manage feedback in a positive way so that it can do what it’s intended to do: Help improve and grow your business.

Here are five tips that can get you on track to giving productive feedback:

Is it required to know about Club 99 to lead happy life ?Yes friends…One must know… Club 99 is a state of a person, where in he has 99 things to be happy in life, but he is behind that one thing to make a count of Hundred and in the process of making it hundred he makes himself stressed, overburdened & uneasy and finally Unhappy. It causes physical damages in the form of Diabetes and few other, at times.

Let me explain this by a short story… There was a King…King has many servants in his palace along with Barber, who used to come daily to his palace to perform his duty. Whenever barber used to come to serve King, he used to be in good mood, whistling, singing and talking to fellow servants in a nice manner and performing his duties to his best, to the Kings Satisfaction. King always used to feel the barbers happy state of mind. One-day king decides to go in to the roots of his happy state & Calls his Minister… how that barber keeps so happy every time? Is he highly paid? Or has he got a treasure from some where? I wanted to know.

Minister says…I know the secret…he is still not a member of club 99…Let me show you. Next day, Minister, before sunrise keeps a basket full of gold coins at the doorstep of barber, knocks the door and vanishes from the scene. Barber opens the door to see no one but to find a basket. He looks on all the sides for the master of that basket but finds no one. So he brings the basket, opens it and super surprised to see lots of gold coins…both, husband & wife counts the coins in a surprised state of mind, and finds it to be 99…that makes him raised his eyebrows…how 99??? Is that 1 coin lost, here or there?? He searches entire house & the area for that Missing coin, but could not…in the process he gets late to serve king… Any how, he goes to king with lots of stress, finishes his duties …While performing his duties , constantly thinking about that one coin.…Now the barber is behind that 1 gold coin to make the count 100…which makes & keeps him upset day & night…Barber has 99 coins to make him happy but he is behind that One Coin and that is the reason of Unhappiness….

So friends… Ask yourself a question…Knowingly or Un knowingly…are you a member of club 99??? If yes, Take a stock of yourself, very well… Understand clearly what you wanted in the life and what you have in life… Avoid Comparison with any one…Many times Comparison brings the membership of club 99…I am sure, you might be having 99 things with you that can make you happy…discover that…and feel happy… Avoid to go behind that one thing, which is a cause of all the stress. So friends, it important to know what you want in life & take stock of yourself periodically… Celebrate Life !!!.